“It was such an honor to coach all the track athletes during the season. We learned so much and grew closer together as we competed as one – for the glory of Christ,” stated Wade Hopkins, Legacy Prep Head Track Coach.

Legacy Prep is a University-Model School (UMS) comprised of grades pre-kindergarten through 12th with 430 students. The school prepares students to be successful in college and life by providing a rigorous academic background that is rich in opportunities. Legacy Prep is a Christ-centered school that creates college-worthy, character witnesses for Christ. 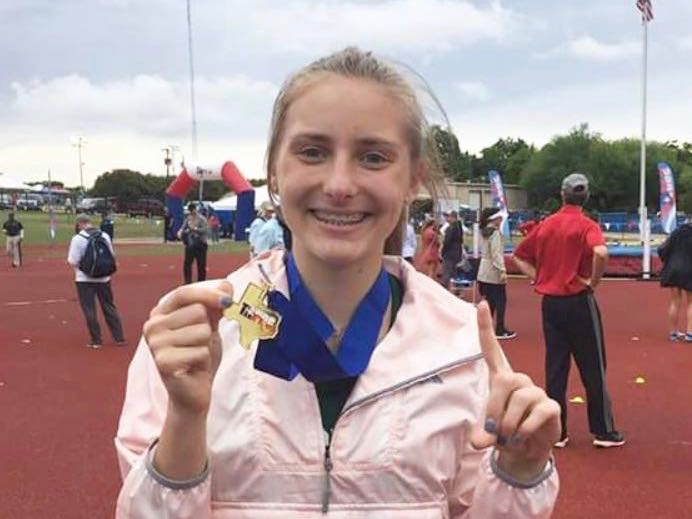 According to Legacy sophomore Maggie Tautfest, “I feel so blessed to be a part of the Legacy track accomplishments. This season we were not just a team, we were a family on and off the track. We built a foundation on God's word, and we ran every race for His glory. I have seen myself grow over this season in skill and in leadership. I have learned what it means to be a disciple of Christ in my daily life, as well as a great role model.”

Legacy Prep Head Administrator Audra May added, “We are so excited for these girls and for Legacy! Their hard work has paid off and they have captured our first state title in the 4x100 and high jump. We look forward to a repeat next year, since they will all be returning!"

If you would like more information on Legacy Preparatory Christian Academy, please visit www.legacypca.org. An upcoming informational meeting for the 2018-2019 school year is scheduled for June 18th at 9:30 AM.